What is 3Dponics?
If you’re not too familiar with the 3Dponics system, here’s a brief overview.

You can set up the system literally anywhere, even if you live in a small apartment in the middle of the city. While it’s not too appealing visually (the body is made up of recycled plastic bottles), it works incredibly well. We’ve tested it with tomatoes, cucumbers, green peppers and countless herbs.

The 3Dponics design files and complete schematics can all be downloaded from our website and Thingiverse. We’ve even put together a step-by-step video tutorial showing you how to assemble the 3Dponics system.

Basically, we’ve made everything completely free to encourage people to set up their own 3Dponics systems, develop them even further and join the online community.

We’ve teamed up with 3D Hubs on this, in order to speed up the delivery of 3D-printed parts to people who don’t have access to 3D printers.

So what are you waiting for? Build your own 3Dponics system using old, recycled bottles today! 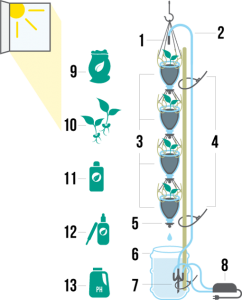 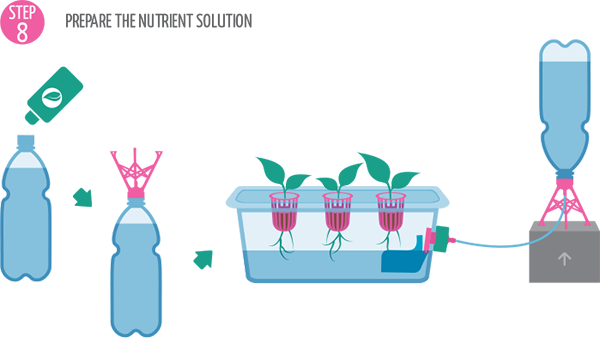 Wrestling fan since I was a kid when my grandfather used to take me to local wrestling. Grew at home watching his videos from various Wrestlemania learning later that he was a wrestler himself on his prime! Video game lover as well as nature, programming and gardening. Weird combination :P View all posts by Javy Dreamer

One thought on “3Dponics—Build Your Own Hydroponics System”